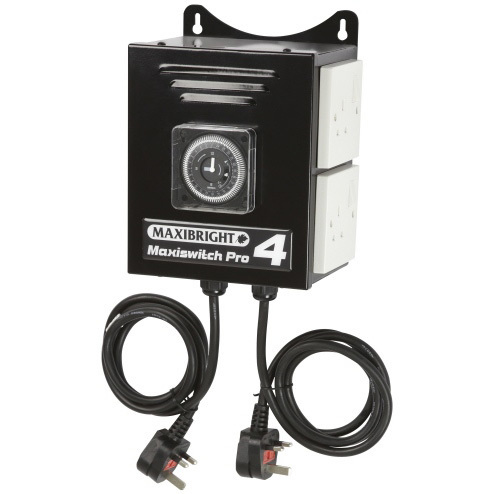 Constructed using only the highest quality components, including grasslin timers and GE contactors. this unit switches the electrical load away from the timer through a heavy duty contactor. The range offers unrivalled quality and realiability, with an extended 2year guarantee for your peace of mind.

Note: A H.I.D lighting unit uses apprx 4 times its own power rating on start up. This surge is too high for standard domestic timers alone, and will in most cases burn out the timer or worse.