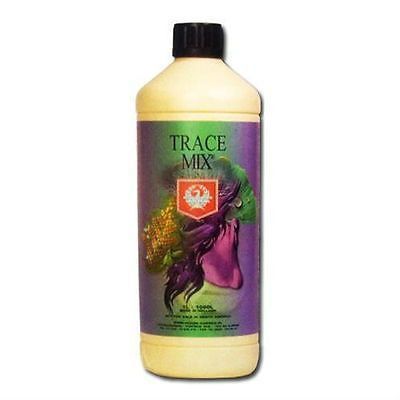 Fast growing plants can often develop a deficiency of trace elements during their development. Trace elements regulate and facilitate the plant's metabol...More

Fast growing plants can often develop a deficiency of trace elements during their development. Trace elements regulate and facilitate the plant's metabolism. Without these important minerals, the plant cannot develop properly and growth will slow. Trace Mix supplements this deficiency and also contains enzymes and vitamins which act as a catalyst to growth.

The most common deficiency symptom in plants is called chlorosis which shows in the yellowing of the plants leaves. This is mainly caused by the deficiency of trace minerals such as zinc, copper boron and a few other minerals. Trace Mix corrects all these deficiencies when added to your plants either via your nutrient tank or via a foliar spray.

Trace Mix can be applied in two ways either directly into your nutrient solution as a preventive against deficiencies in your plant or as a corrective procedure use as a foliar spray. Results are noticeable after two to three days. Trace Mix can be used in conjunction with any base nutrients

Trace Mix is effective within two to three days

Dilute 1ml of Trace Mix to 1 litre of usable nutrient or foliar spray.